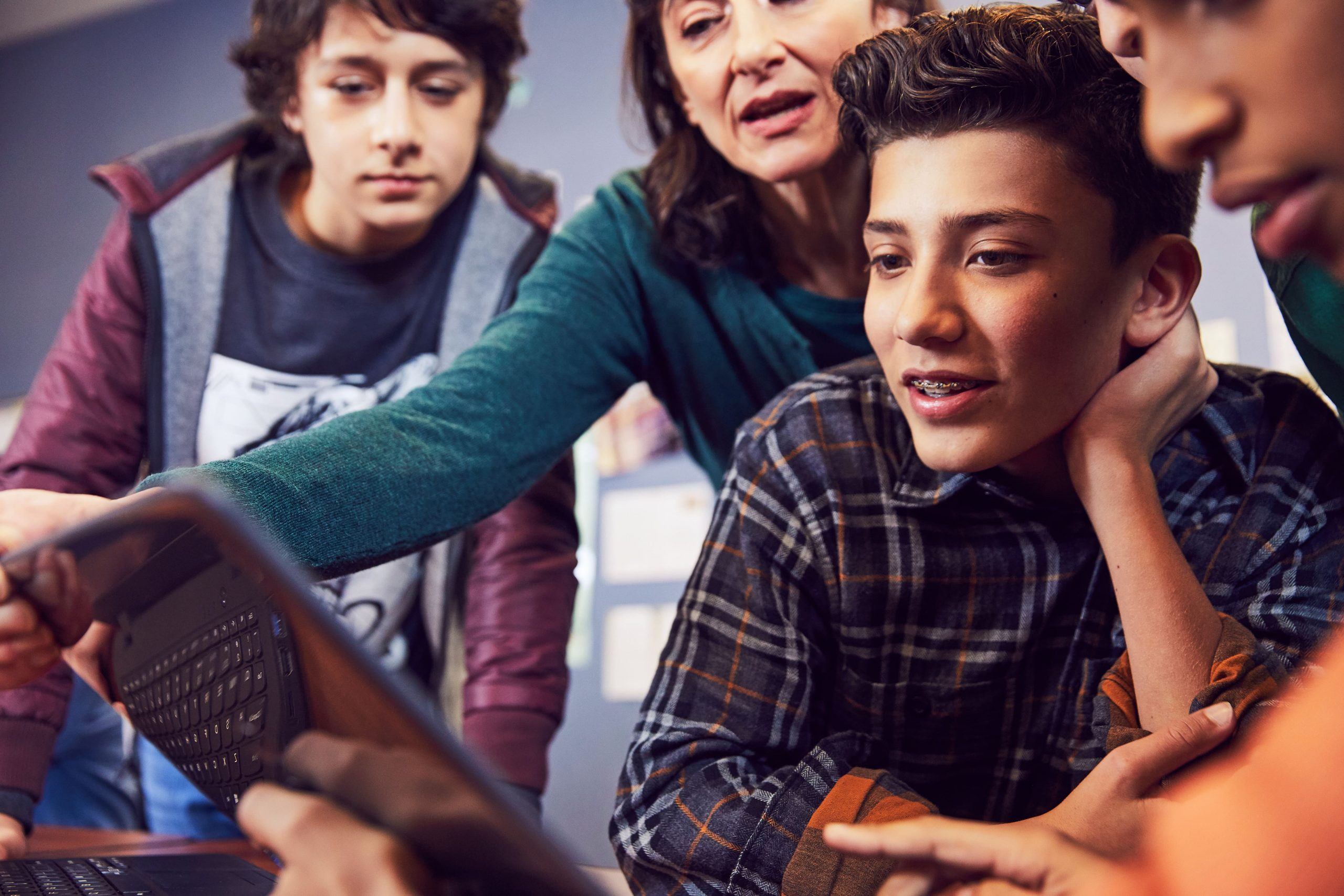 Preliminary results of a new Microsoft study show teenagers around the world are increasingly turning to their parents and other trusted adults for help with online problems — an encouraging development as the new school year begins.

More than four in 10 teens (42 percent) from 22 countries who encountered online issues said they asked their parents for help, while 28 percent said they sought advice from another adult such as a teacher, coach or counselor. Those figures are up an impressive 32 and 19 percentage points, respectively, compared to last year’s findings which showed only 10 percent of young people turned to their parents for advice and just 9 percent asked for help from other adults. In addition, adults and teens across the globe say parents are by far the best placed of any group to keep young people and families safe online. Results show parents have both the greatest potential — and were deemed the most effective — at promoting online safety among young people, teens and families.

The findings are from the latest research associated with Microsoft’s work in digital civility — encouraging safer and healthier online interactions among all individuals and communities. The study, “Civility, Safety and Interaction Online — 2018,” polled teens ages 13-17 and adults ages 18-74 in 22 countries[i] about more than 20 online risks. This latest research builds on similar studies conducted over the previous two years, which polled the same age groups in 23 and 14 countries, respectively. A total of 11,157 individuals participated in the latest research. Teenage girls were more likely to ask for help from their parents (44 percent of girls vs. 37 percent of boys) and from other trusted adults (29 percent of girls vs. 26 percent of boys), the study shows, likely because life online in general is harder on girls than boys. Indeed, the data demonstrate that girls have a higher level of online risk exposure than boys; they suffer more consequences and “pain” from online ills, and the online risks and abuse that they experience are more emotionally charged. Moreover, as online risks have grown in severity — think “sextortion” and “swatting”[ii] — young people are perhaps more inclined to seek advice from the older generation.

“Civility in cyberspace has become a ‘must’ as we understand so much more about how harmful simple type and images can be,” said Dr. Sharon Cooper, a U.S.-based pediatrician, who works with survivors of cybervictimization. “The immediate, seemingly universal, distribution of unwanted materials can wound both youth and adults.”

Based on her experience, Dr. Cooper spoke of chronic anxiety, depression and a rational paranoia as just some of the resulting harms from negative online experiences. “Sadly, research has shown that some link to cybervictimization has become the issue in nearly 50 percent of cases of suicidal thoughts resulting in seeking care in emergency rooms,” she added.

And, some of these consequences were borne out in our research. Two-thirds (66 percent) of female teenage respondents reported being exposed to online risks vs. 60 percent of male teenage respondents. Nearly three-quarters (73 percent) of girls reported negative consequences following an online issue compared to 67 percent of boys, and the level of pain associated with online risks and the intensity of the attendant emotions — namely fear, anger and sadness — were higher for girls.

In 2018, Microsoft added Canada and Singapore to the survey, while three previously polled countries (Australia, China and Japan) were removed. Complete and final results will be made available on Feb. 5, 2019, to mark international Safer Internet Day along with a year-over-year comparison of the Microsoft Digital Civility Index. The Digital Civility Index measures the perceived level of online civility in a given country based on the reported level of risk exposure of individuals in that country. Between 2016 and 2017, the Digital Civility Index did not change—both years read 65 percent, despite the addition in the second year of nine countries and three risks. In the latest survey, the 21 polled-about risks break down as follows:

Back to school with Microsoft’s Digital Civility Challenge

We will post at least one other early look at some other key findings in the weeks ahead. In the meantime, to learn more about digital civility and how you can become a champion for these common-sense online practices, visit www.microsoft.com/digitalcivility. For more on online safety generally, visit our website and check out and share our resources; “like” us on Facebook and follow us on Twitter.

[ii] In the study, “swatting” is defined as deceiving emergency services like police, fire or medical into sending an emergency response team, typically to a person’s home, based on a false report of an ongoing critical incident or crime.