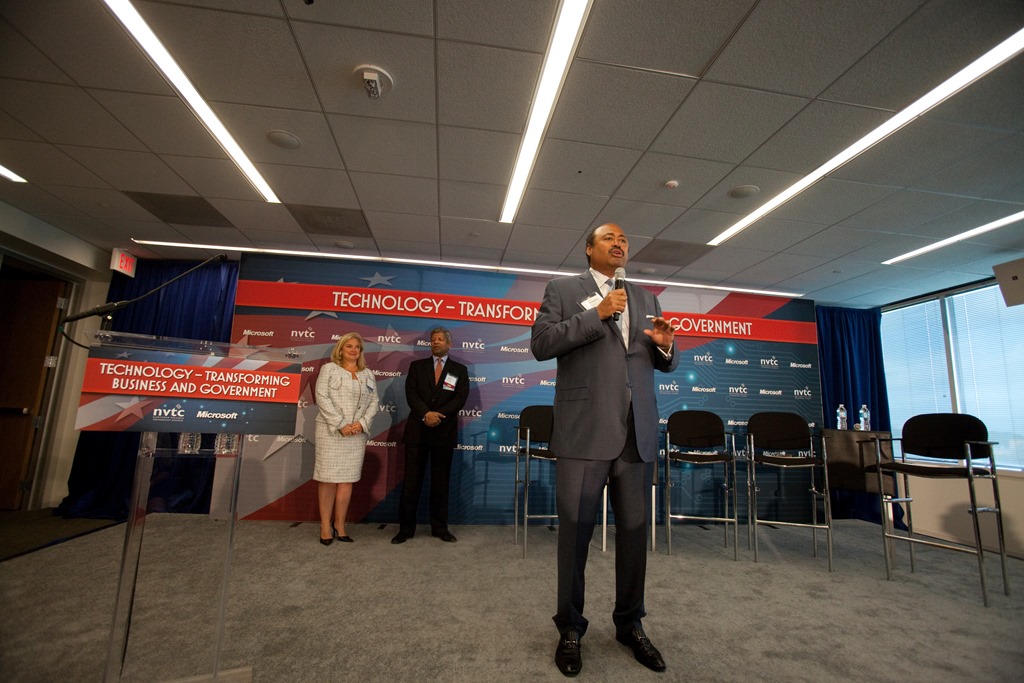 Fred Humphries, Vice President of U.S. Government Affairs at Microsoft, kicked-off the event, which was followed by opening remarks from Bobbie Kilberg, President and CEO of NVTC, who then served as moderator.

During the event, both candidates commented on national and local issues, and discussed how technology can help boost the economy. The lively conversation focused on a variety of topics, including issues related to jobs and the economy, small businesses, taxes, immigration, transportation and STEM education. The panels were followed by a robust Q&A session with the audience.

We were pleased to co-host this event with NVTC in order to help better inform local Virginians, the technology and business community and local Microsoft employees about the candidates’ position on these important issues. Microsoft and our hundreds of Northern Virginia-based employees are proud to be part of the vibrant information technology sector in the Commonwealth of Virginia.

Check out the videos below to watch the discussion and share your thoughts on Twitter at #VATechForum!