While hundreds of hackers were participating in Battlehack Boston this weekend—a global competition with the end game of $100,000—there was a very different sort of Hackathon happening at District Hall.

HubHacks, the first public sector hackathon organized by our new tech and social media savvy mayor Marty Walsh with his Office of New Urban Mechanics and the city’s Department of Innovation and Technology, took place over 26 hours this weekend in an effort to make the tedious permit application process way less so.

Kicking off the day at #HubHacks at District Hall. Are you here? Tweet me today & let me know what you’re working on pic.twitter.com/CMbDqspfMG

In other words, the people who were at this hackathon were doing it for one reason: to help. And to help our city.

Which is why a dramatic hat tip is in order for two of our own: Microsoft New York fellows and NYU rising seniors Fatima Sarah Khalid and Ken Chan. These two traveled to Boston and volunteered to help us out. And not only that, but their team won their challenge—and they have the fluorescent hoodies and “No Parking: Tow Zone” sign signed by Mayor Walsh to prove it.

Their teammates included Andrew Arace, a developer who works for the Boston’s Street and Address Management system (SAM), and Sam Berg, an Esri developer, who worked extensively on the map. Ken joined Jared Kirschner to work on the controllers, as well as the front end and everything to integrate the pieces of code together. Fatima filled in the gaps for the final design.

“We tried to make it as intuitive as possible,” Fatima explained as she pulled up the map app, called the City of Boston Official Address Search, on her Surface and told me to input my address. 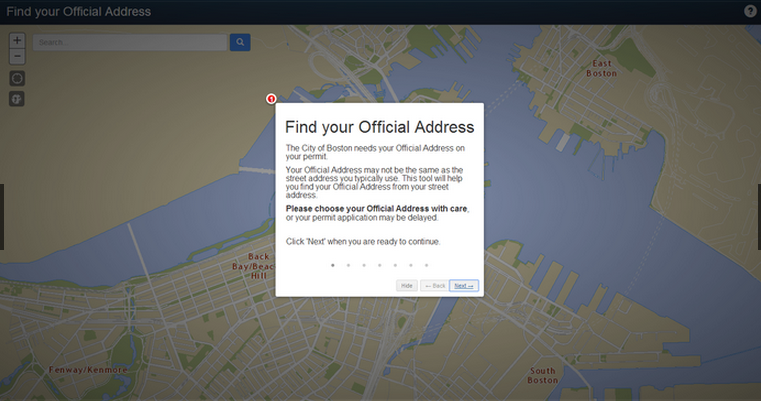 The challenge they won was one of the first steps to getting a permit, “Where’s my address.” It sounds simple but it’s not… or wasn’t before.

“You need to have the exact address and exact SAM ID to get a permit,” she said.

My address in Dorchester came right up when I typed it into their app, which basically looks just like Bing Maps and is extremely easy to use.

But for instance, if you were trying to sidestep the nightmare that is Moving Day in Allston by getting a permit for your UHAUL, imagine sweating profusely while trying to figure out which address you’d even input for the permit on the city’s old permit application website. And THEN checking to make sure the SAM ID wasn’t associated with any existing permits.

Fatima and Ken’s app makes it as simple as clicking the street corner closest to your new apartment. An untaken address pops up along with its SAM ID. Boom: now you can move on to checking for existing permits and then applying for yours. (advice: still shoot for an earlier move-in day, if you value your sanity.) 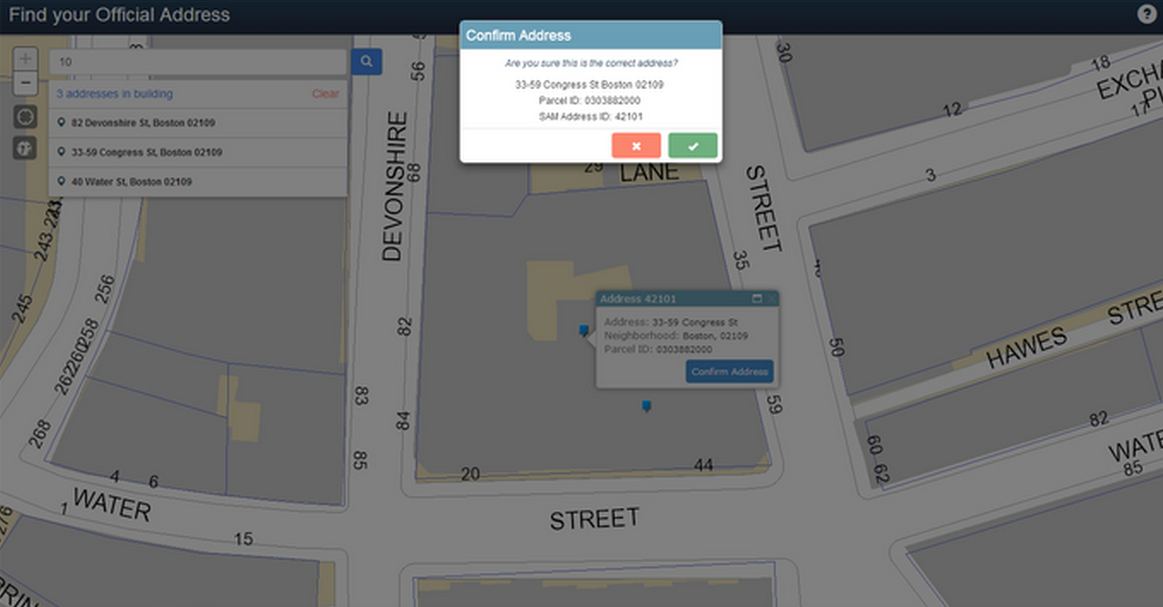 “The purpose was to integrate it into the Boston permit site as well,” Ken told me. “It can be embedded,” he said as he pulled up the page. 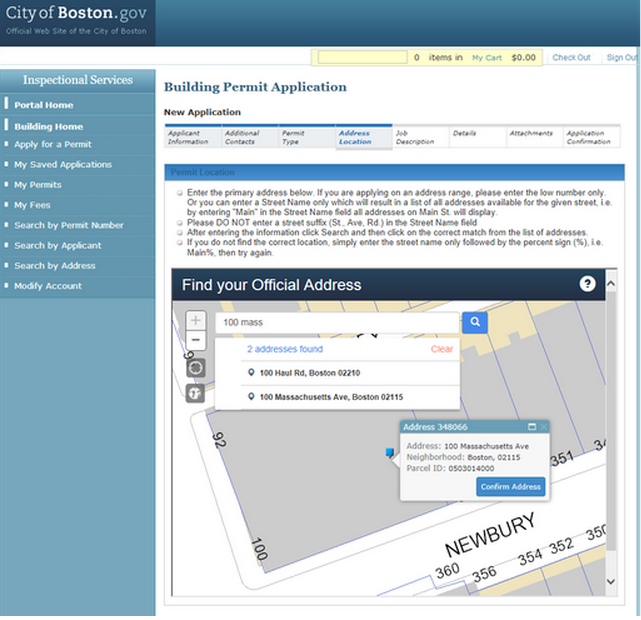 So there you have it. Two Microsoft New York fellows: saving sanity and saving lives. They’re not in it for the money, or the fame, or the sweet job offer from New Urban Mechanics (we’re lookin’ at you, Mr. Mayor!) … they’re just really good at what they do—one of the most useful things out there, in fact: civic hacking, AKA coding for good.